Do you agree or disagree with the following statement:

The professor who have received good evaluations from students should be promoted.

First,because for most of the time,students just give good evaluations to save time.I mean most evaluations are done at last class or at the last week of the semester.It’s really a busy time for students,because they are so preoccupied with all these final papers,and exams,so they may just give good evaluations to save themselves from troubles without even thinking about the details.Like I have done that all the time at collage,and I know all my friends did the same.Second,good evaluations should not be the only aspect to consider when university decide to promote a professor.There are more important things that we should attach importance to,like,research projects,achievements in certain field,and contributions to the society.

While the reading passage proposes three different new energy for cargo ships to replace heavy fuel oil,the professor in the listening material claims that none of these can be effective,which casts serious doubt on what have been proposed in the reading.

First,according to the passage,bio-fuel can be an alternative for fuel oil since it seems as an inexhaustible source of energy.However,the professor points out that this is impractical by further explaining that the agricultural produce in this area can merely feed local people and with limited arable land and drought,little plants can be used to produce bio-fuel.Thus,it is quite obvious that the suggestion in the reading is less convincing.

Second,it is said in the reading that hydrogen is renewable and has been applied in many parts of the world.This has been attacked by the professor who believes that

Finally,although the author of the reading claim that wind can be used to generate power for sails,which can be easily operated and meet standards,the speaker argues that this is extremely time-consuming due to extremely distant destinations,and this is less profitable because the fuel cell in the ships leads to lower capacity of cargo.

Is it always right for governments to ask people move their businesses and houses to provide space for the construction of large structures?

It is common these days that most cities have been redesigned with some old buildings torn down and news construction built up.Although some claim that it is always the right thing to do for government to request for removal of original housing and commercial regions to build larger structures,I can hardly agree with this opinion.

It has to be admitted that construction of new structures can definitely lead to better planning and development.By that I mean in most parts of the world,many towns and cities were designed or built decades or centuries ago,which can hardly meet the demand for the swelling population size.Thus,it is a wise decision for local authorities to relocate and accommodation the people by completing a series of new constructions,like hospitals,roads or schools,in order to guarantee a comfortable and convenient living for every citizen.For example,in Chengdu,a city with a large population of over 13 million in China,every old housing unit in the city center has been removed and instead,new metro stations and railway lines have been under construction,bringing enormous benefits for local commuters who have been struggling in the bumper-to-bumper traffic on weekdays.So it is evident enough that new construction is the right thing for local governments to do,but is it always right for local governments to do so?This has been gaining serious doubts.

No one can deny that many local residents feel reluctant to leave their places.We all know such good virtues as being sacrificing personal interest for the communal benefits,but in fact,having been living for decades in their original places,many people are readily accustomed to living conditions,with little expectation or enthusiasm to migrate to other places.When knowing policies from the authorities,mandatory or not,local residents,with disappointment or anger,are likely to act aggressively to protest.For example,last year in my community,an 80-year-old man,suffering from chronic lung caner and lying on the bed,was asked to move out his house because his house and the entire neighbourhood were planned to be redeveloped into an overpass to alleviate urban traffic problems in rush hours.This old man insisted that he would rather die on the bed than move to other places and finally the construction ended up with failure.To some extent,local residents are not always satisfied with government policies.

In conclusion,I do admit that it is the right thing for government to relocate houses and businesses and build new constructions but if the authorities act against personal or public interest,it is absolutely wrong and unjustifiable. 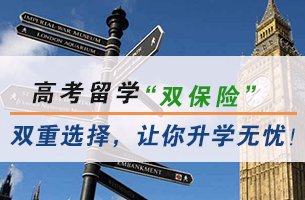 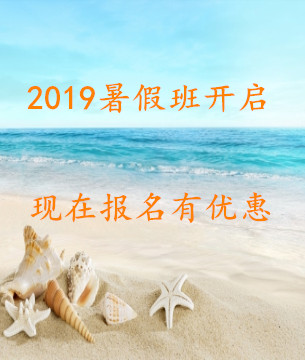